Located in Shinjuku, the building consists of a complex of three structures, each taking up a city block. The tallest and most prominent of the three is Tokyo Metropolitan Main building No.1, a tower 48 stories tall that splits into two sections at the 33rd floor. The building also has three levels below ground. The design of the building (which was meant to resemble a computer chip, by architect Kenzo Tange (and associates), has many symbolic touches, most notably the aforementioned split which re-creates the look of a Gothic cathedral.

The two panoramic observation decks, one in each tower on floor 45 (202 meters [663 ft] high), are free of charge to the public and contain gift shops and cafes. The observation deck is very recommended to visit twice, at day time and at night to view Tokyo at these times. 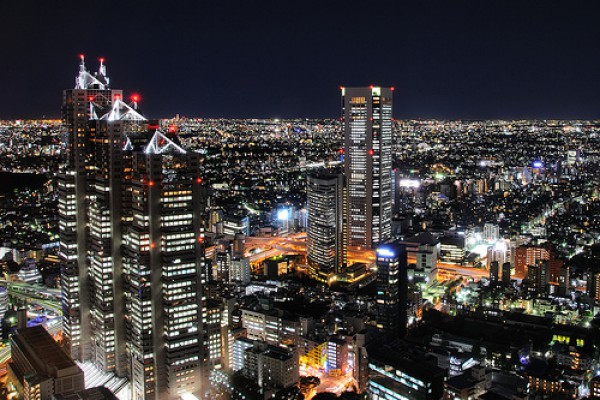 View from the Tokyo Metropolitan Assembly Building during night