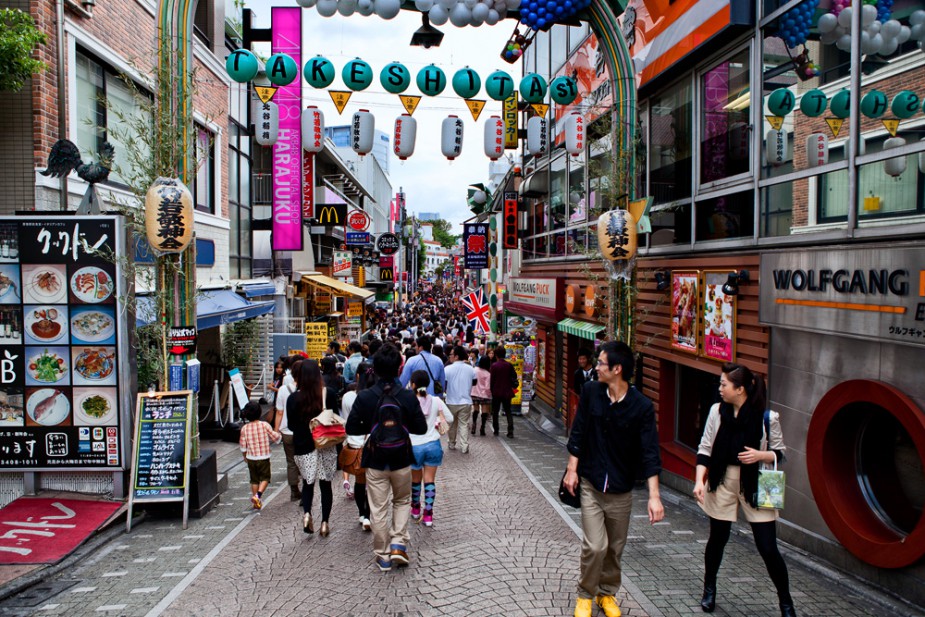 Harajuku (åå®¿) is a district in Shibuya, Tokyo, Japan.

Harajuku is the common name given to a geographic area spreading from Harajuku Station to Omotesando, corresponding on official maps of Shibuya ward as JingÅ«mae 1 chÅme to 4 chÅme. In popular reference Harajuku also encompasses many smaller backstreets such as Takeshita Street and Cat Street spreading between Sendagaya in the north to Shibuya in the south.

Harajuku is known internationally as a center of Japanese youth culture and fashion. Shopping and dining options include many small, youth oriented, independent boutiques and cafés, but the neighborhood also attracts many larger international chain stores with high-end luxury merchandisers extensively represented along Omotesando.

Harajuku is a retail fashion and dining destination in its own right, but still earns much of its wider reputation a gathering place for fans and aficionados of Japanese street fashion and associated subcultures. Jingu Bashi, the pedestrian bridge between Harajuku Station and the entrance to the Meiji Shrine used to act as a gathering place on Sundays to showcase some of the more theatrical styles.

Other local landmarks include: