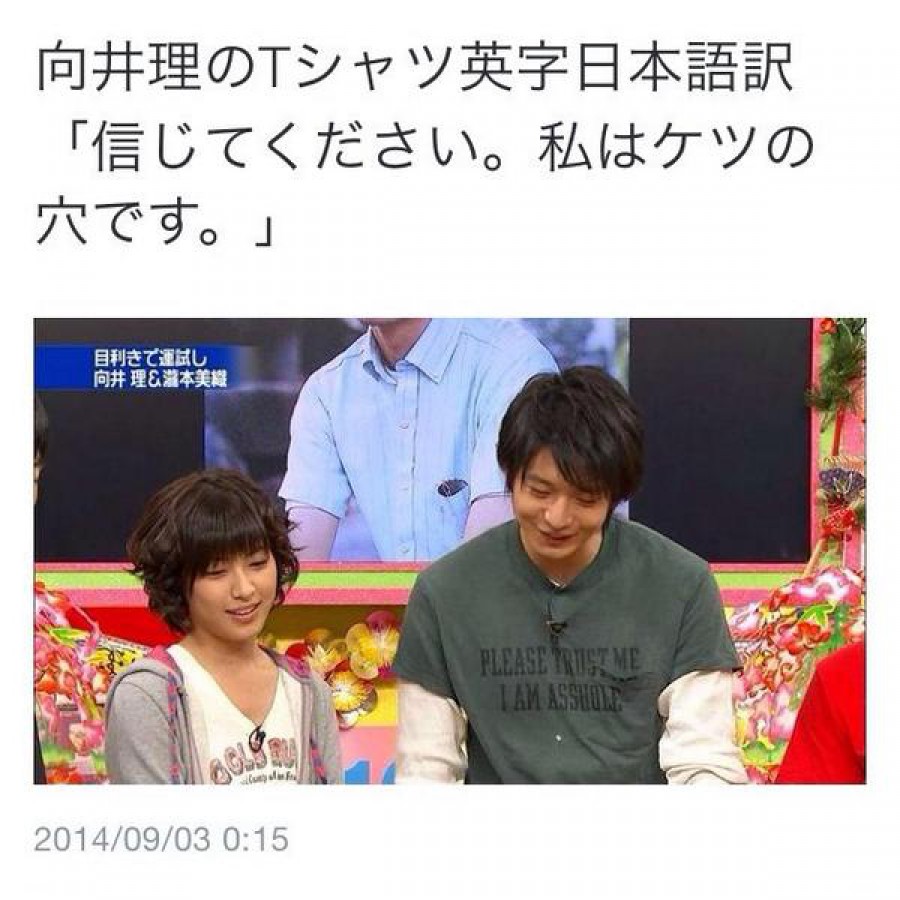 Osamu Mukai is a drama and commercial actor in Japan, best known for playing heart-throb types on prime time TV. He also apparently does not speak English or pay much attention to his fashion choices, as a recent appearance on what seems to be a typical Japanese evening talk show proves.

While the majority of the Japanese audience probably had no idea what the English on the actor’s drab green T-shirt meant, one eagle-eyed Twitter user seems to have noticed, and thus immortalized, Mukai’s unfortunate fashion choice for the world to see.

In the screenshot, Mukai is pictured standing next to a particularly petite Japanese talentoactress looking down at something and laughing. Quite whether he’s in on the joke, we’re unsure, but his smile pairs incredibly well with his T-shirt, whose message reads: “PLEASE TRUST ME. I AM ASSHOLE.”