Giant green macaron presented as a prize in Sumo championship 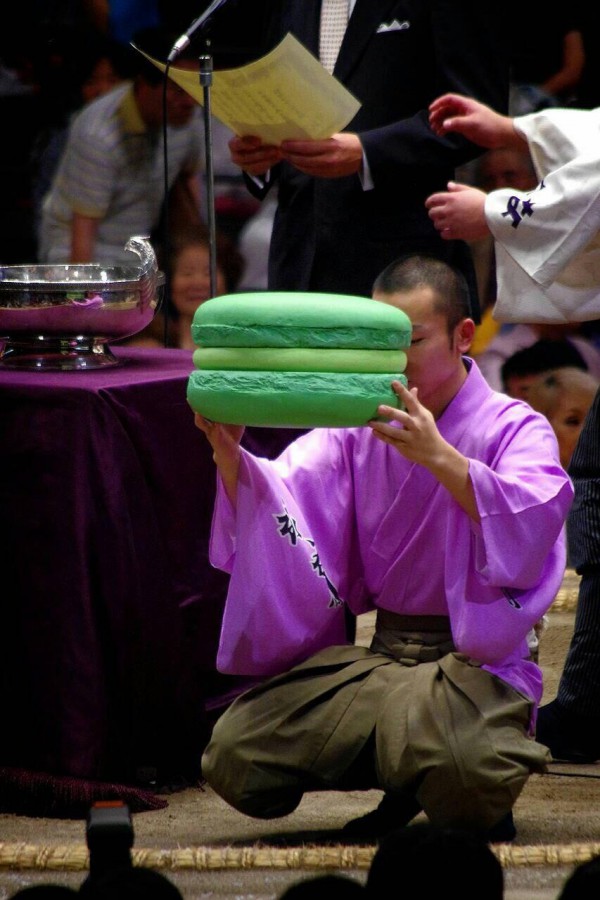 This is a giant, green macaron, and it is being presented as a prize for the runner-up of a sumo championship in Japan. As part of a special prize at the Sumo Senshuraku tournament in Japan, this gigantic green macaron is presented to a runner-up. This very unique prize is in fact part of the France-Japan Friendship Cup, and is a custom-made dessert by famous French patisserie Pierre Hermé, appropriately dubbed the “Big Macaron“.

These prices were given since last year and is now the second year. 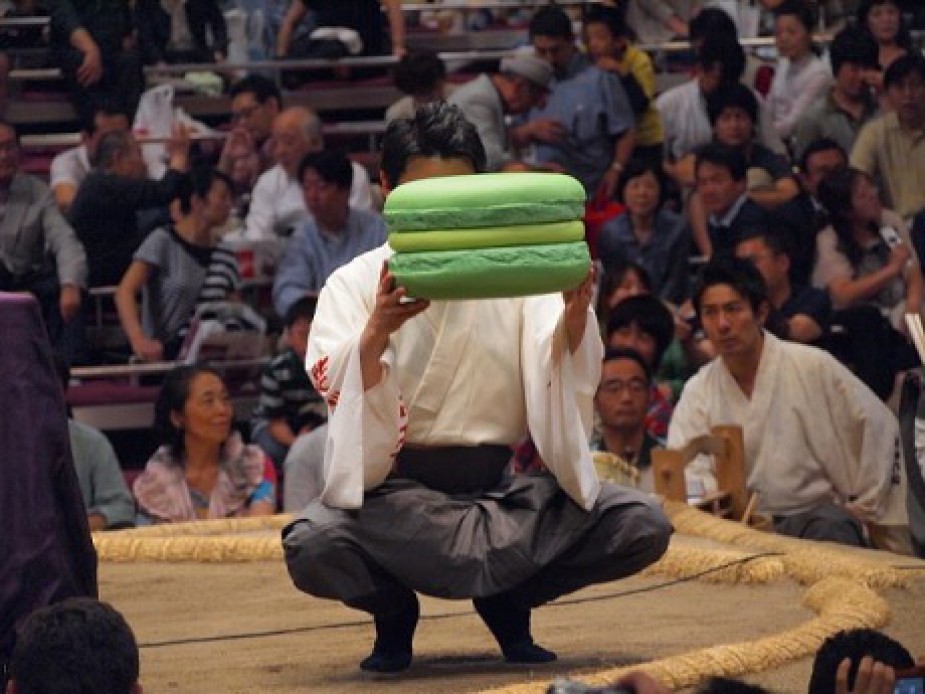