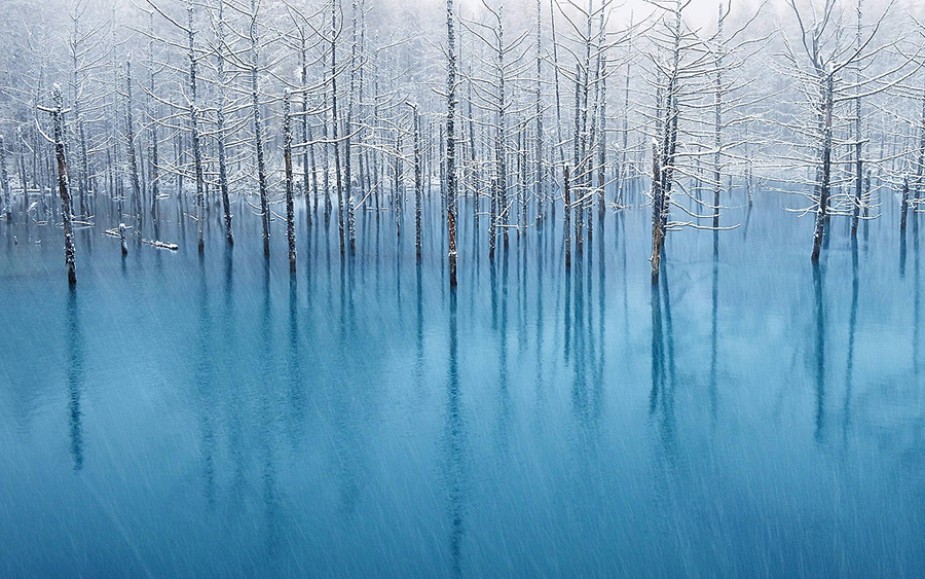 The Blue Pond is located in the left bank of the River Bieigawa, southeast of the town of Biei in Hokkaido, Japan, about 2.5 km northwest from the Platinum hot springs at the foot of Mt. Tokachi. The pond gets its name from the unnaturally bright blue hue of its water. With tree stumps protruding from the surface of the water, not unlike Lake Kaindy, the Blue Pond has an ethereal and enchanting appearance.

The Blue Pond wasn’t there from very long. It’s an artificial pond created when a dam was erected to protect the region from mudflows that might occur from the nearby volcano on Mt. Tokachi. In the wake of the eruption on December 1988, the Hokkaido Regional Development Bureau decided to construct a dam upstream on the Bieigawa river to prevent mudflow. Water blocked by the dam now accumulates in a depression in the forest creating the Blue Pond.

The blue color of the pond has not been fully explained but is attributed to the presence of aluminum hydroxide in the water that reflects the shorter wavelength blue light the same way the earth’s atmosphere does. The color of the pond also changes depending on what angle you look at it from and even at different times of the day. Although the water appears blue when viewed from the land, the color is not found in the water itself.

The picturesque town of Biei has been a popular tourist destination for years, but the Blue Pond became a global attraction only recently after Apple included an image of the aquamarine pond in the recently released OS X Mountain Lion. 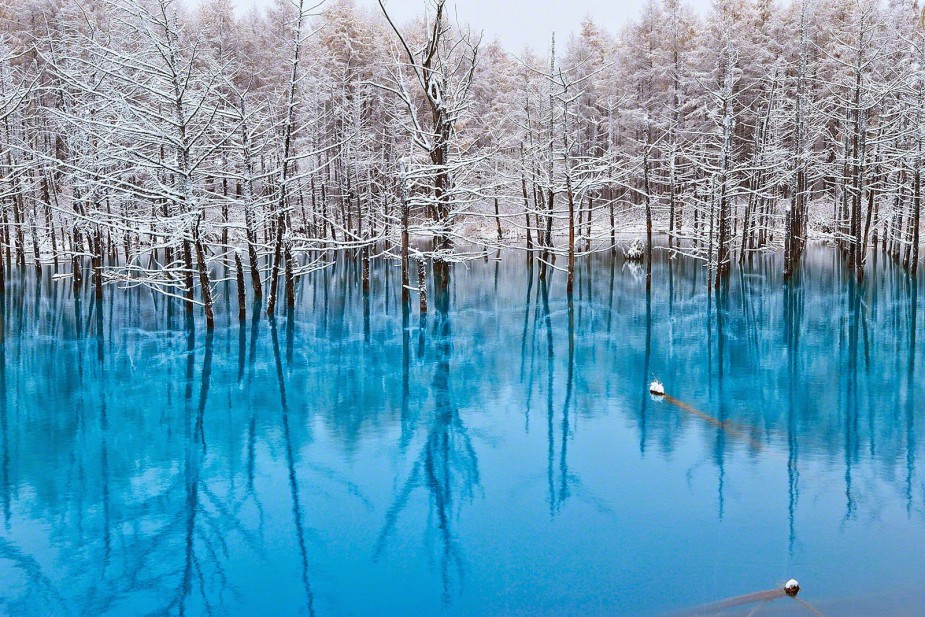 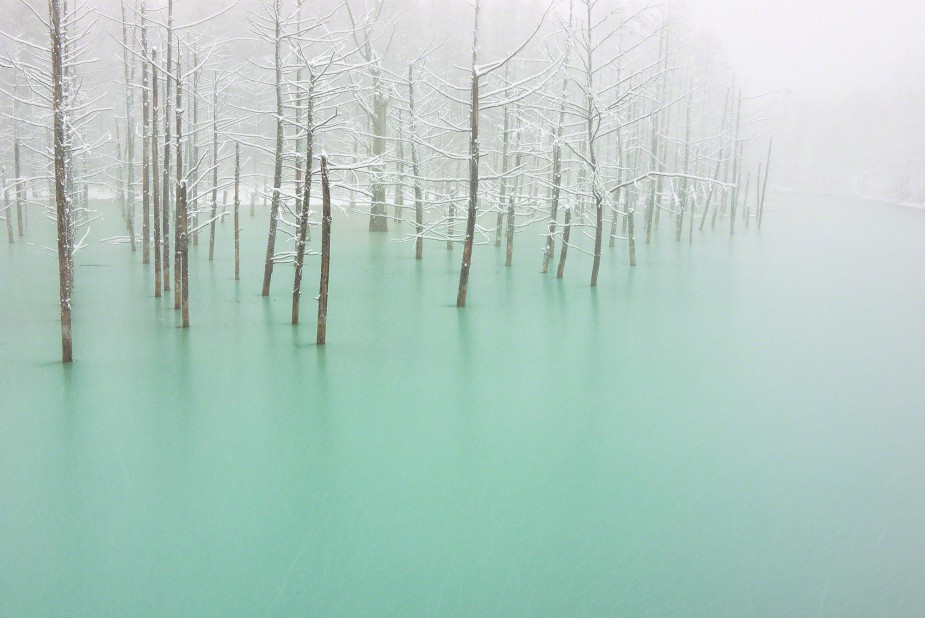 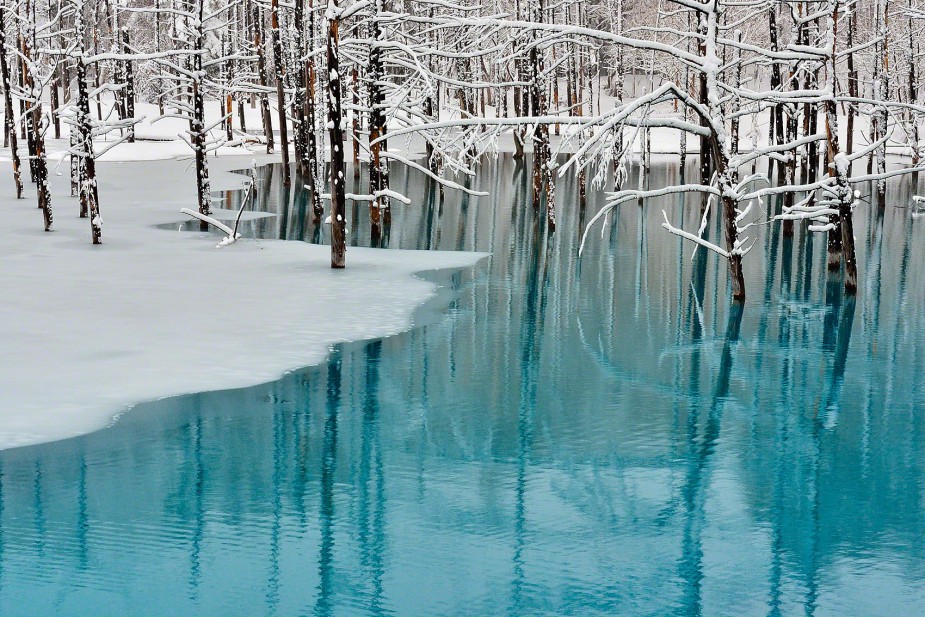