Tokyo metro, especially for novices, may initially presents many difficulties and challenges, but after a few rides, you will find that it is easier than it may seem at first. However there are some mistakes that often the foreigner commits, which should be avoided in order to not be labeled as the classic “baka gaijin“.

Let's see the top 5 mistakes to avoid when using the metro system in Tokyo. 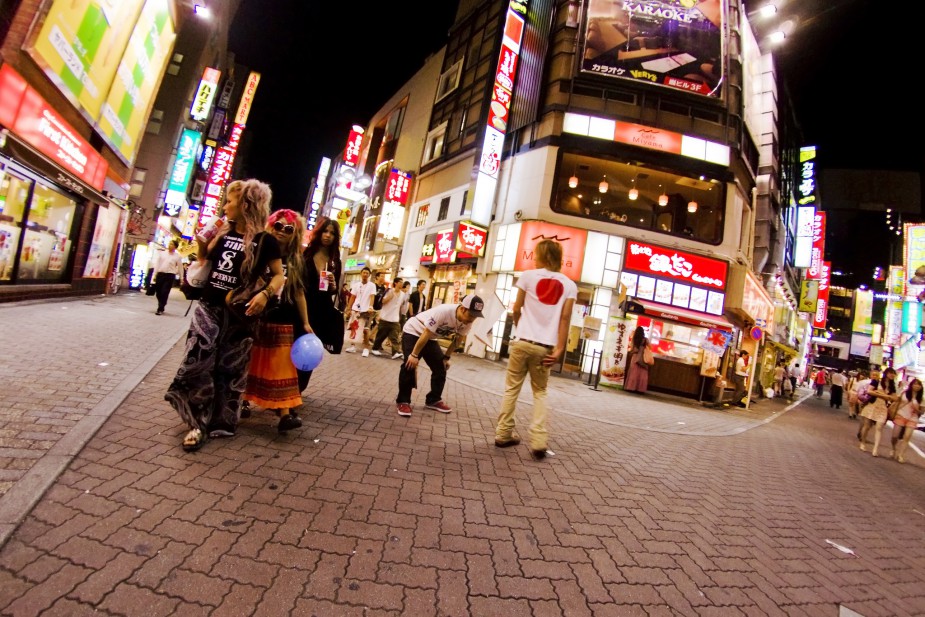 It's easy to assume that a city like Tokyo offers all types of services 24 hours a day, but it is not. The last train in Tokyo metro starts exactly at midnight.

Most of the lines usually end just before one at night. If you miss the last train and you are far away, you are forced to do as the people of Tokyo will do: stay up all night drinking, sleeping in capsule hotel or taking a very expensive taxi. 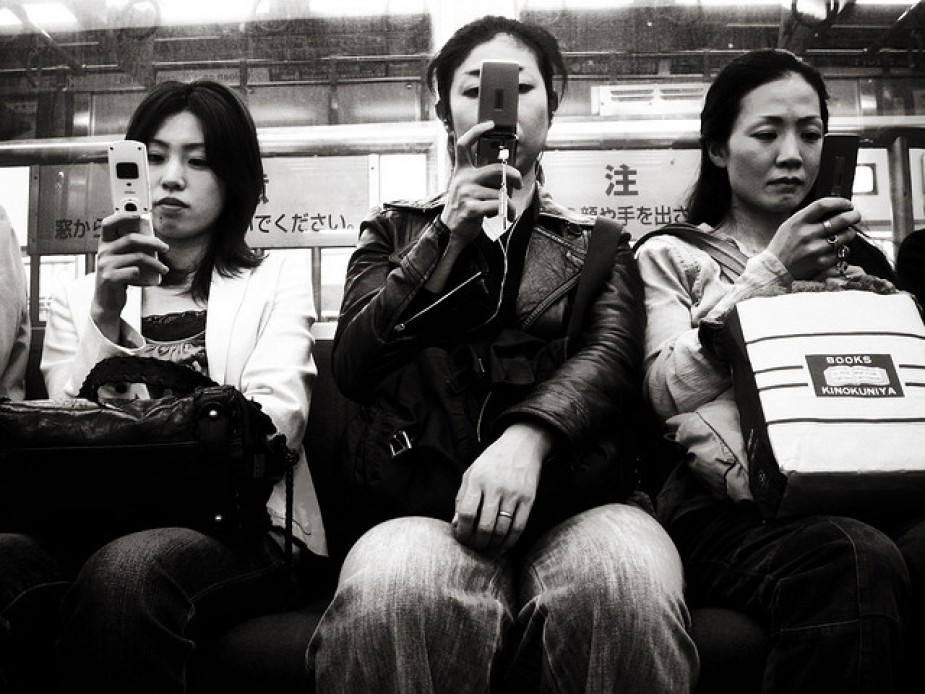 2. Talking on your cellphone

In Japan it is rude to talk at the phone on the train. The company will even announce it that you're not allowed to use a cellphone to call (in both Japanese and English). You can send a text message or e-mail instead.

In general, especially if you are in a group, remember that talking in a loud voice is still seen as a lack of respect.

Speak softly and remember that for many, a ride in Tokyo train is used to take a nap. 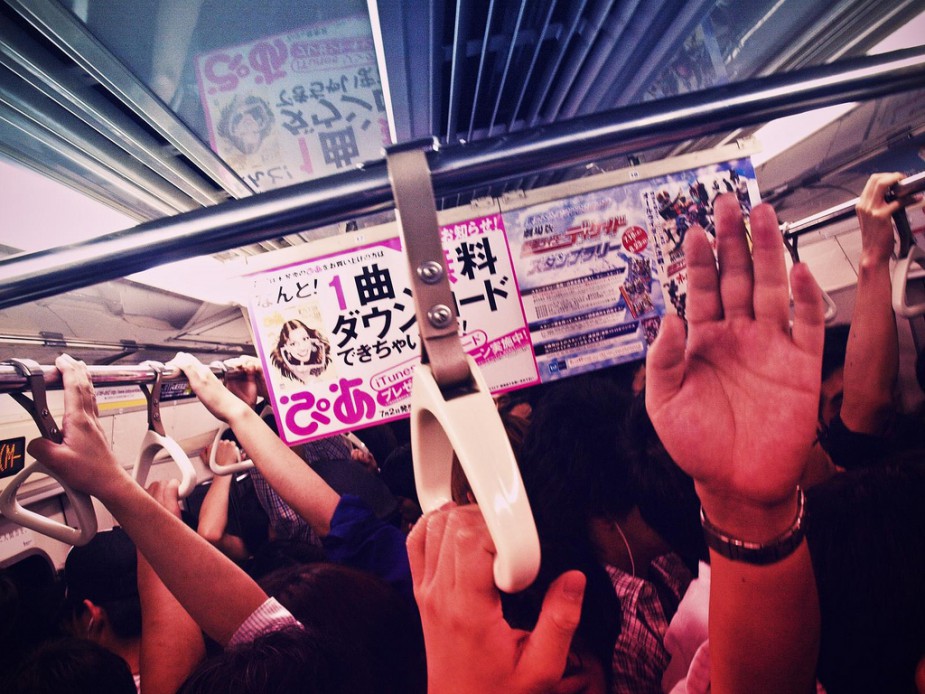 What could be rude in your country, it may not be rude in Japan (and vice versa). The rail system in Tokyo can be a shock to travelers who jumped in for the first time. Be prepared to be crushed against each other or against the door. In short, be prepared to be treated like sardines.

If you are pushed by someone, use your common sense before you get angry, it is normal in Japan. 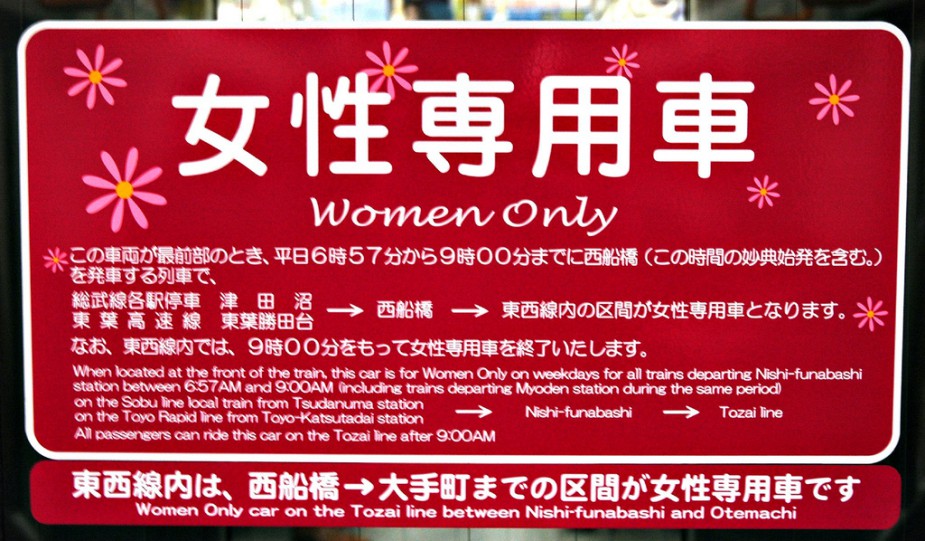 4 . Mount on 'Carriage Only for Women'

This could be an embarrassing experience for a man. Many railway lines in Tokyo have some carriages reserved for women, but only during certain hours of the morning and afternoon.

This was done to eliminate as far as possible, the unusual phenomenon of groping.

If you end up in the queue for one of these carriages only for women, is likely that there will be someone pointing out your mistake … but obviously they will speak to you only in Japanese, which will complicate things even more! Try to avoid such embarrassment :) 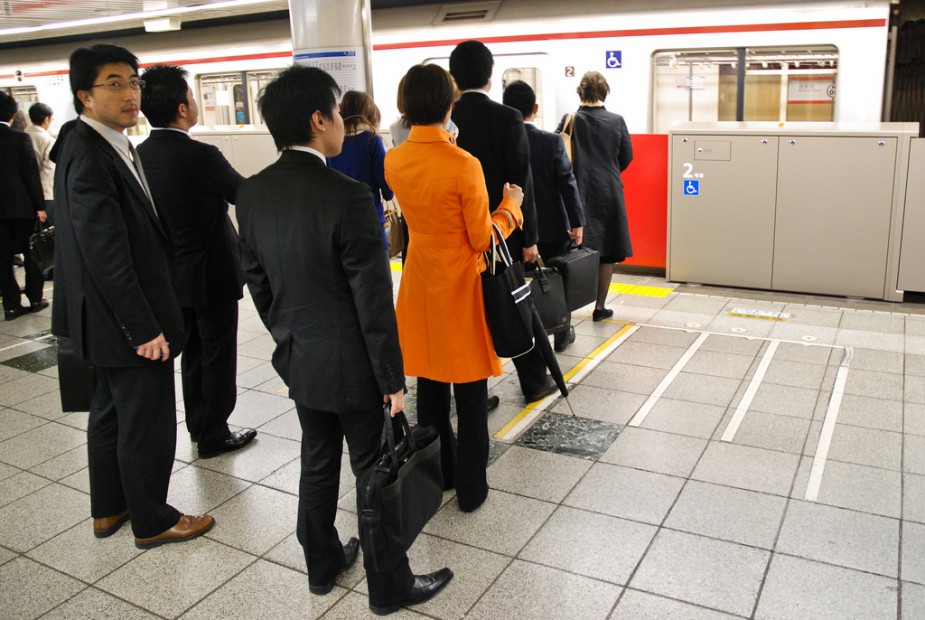 5. Not getting in line

You will notice it immediately at the first station: all Japanese bound for the train or metro will strictly wait in line of two, or following the proper demarcation lines painted on the floor. So you should behave in the same way.

Also remember to stay away from the front doors of the trains to make room for those who must exit. Usually people will wait on the left and right side of the doors so people can get out in center.

Following these simple, but important rules, will surely help you be appreciated by the Japanese and not seen as the classic rude foreign tourist.

Have a nice trip!