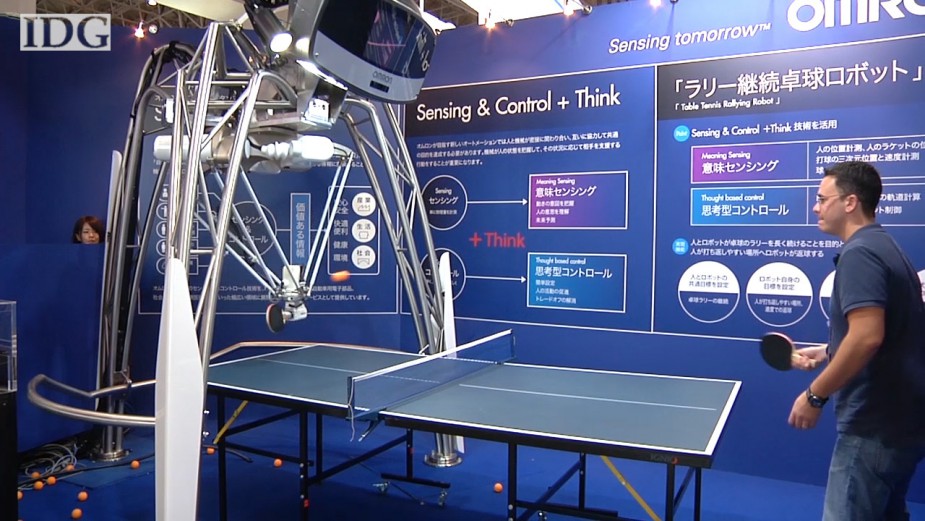 Despite its intimidating spider-like resemblance, OMRON Corp.’s three-legged robot is a relaxed ping pong playmate. It watches its human opponent to predict the ball’s path. Still, the robot takes it easy on opponents by missing a few hits here and there. With five motors to control paddle movement, it is programmed to serve the ball in a way that makes it easy for the player to return.

“This ping pong robot is really a demonstration of how a robot can interact with a person and react in an appropriate manner,” says Takuya Tsuyuguchi. “We envision this robot perhaps being used in a factory or production line and having a role in which it would have to interact with a worker to do or build something. This would involve the robot understanding the needs of its human counterpart and behaving appropriately.”