The serialized nature of manga means booming success can really sneak up on artists and publishers alike. When Masashi Kishimoto turned in his pages for the very first chapter of his new series Naruto back in 1999, he probably didn’t know he was about to create one of the most popular manga ever, but that’s exactly what he did.

Kishimoto didn’t just earn himself 15 solid years of steady work, though, but also the continual march of tight deadlines that come with writing and drawing a hit manga. Despite being one of the biggest names in the industry, Kishimoto had only found time to give one TV interview during Naruto’s serialization, but now that the series has finally come to a close, he’s appeared before the camera again, in a special interview held in the studio where he put pen to paper and brought one of Japan’s most beloved comics to life.

The good-natured and gallant manga artist gave her a warm greeting, and even offered her a handful of tissues when Ikoma, who’s previously dabbled in Naruto cosplay, teared up from the emotion caused be where she was and who she was talking with. 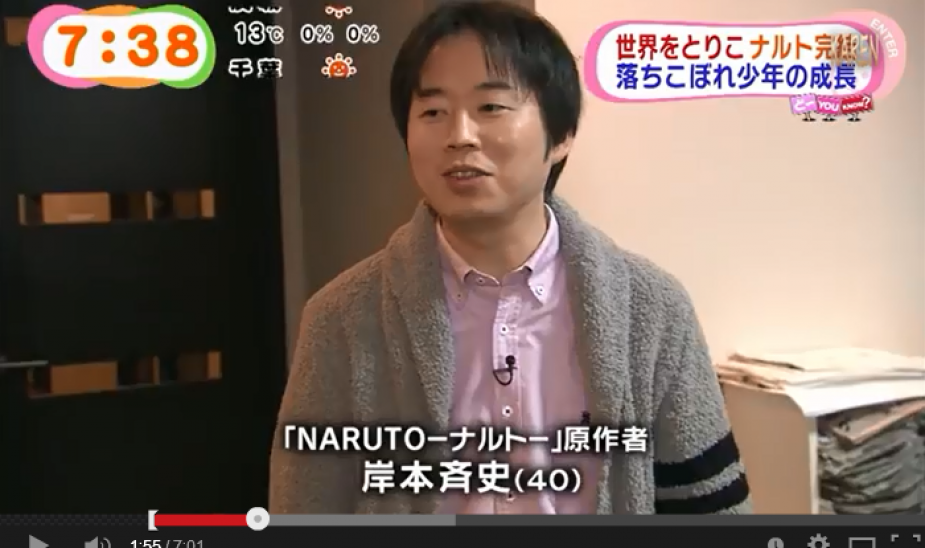 In contrast to the colorful and energetic art that characterizes his series, Kishimoto’s workspace is well-organized and sparsely furnished. There aren’t any racks of ninja uniforms or shuriken sticking out of the walls, and the only glaring anime accent is the glaring statue of Dragon Ball Z’s Frieza standing watch over Kishimoto’s personal desk. 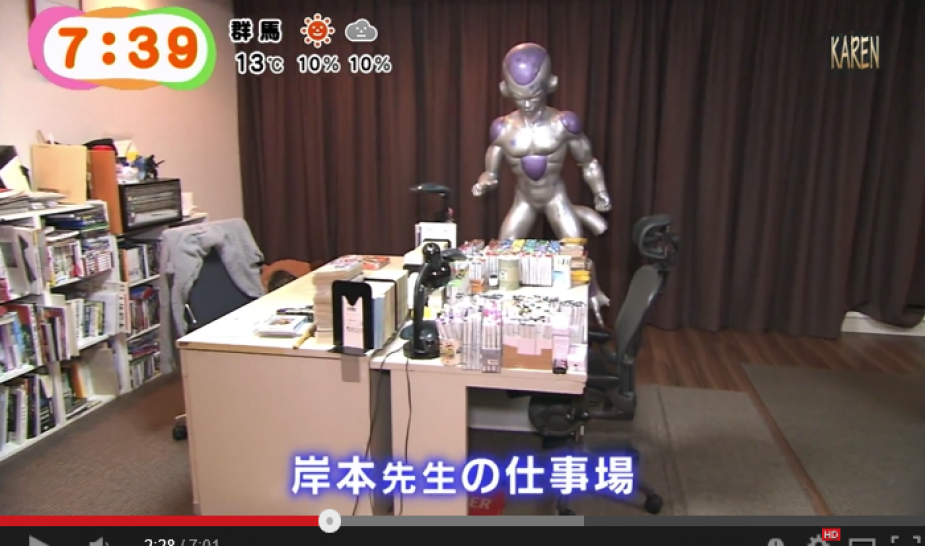 Frieza’s reputed managerial skills notwithstanding, the entire comic wasn’t produced under his watchful eye, though. Kishimoto admits with a laugh the he received the statue as a gift, and specifically set it out after Mezamashi TV said they’d be coming for an interview, since the studio doesn’t really have any permanent interior installments with much dramatic impact. We’re sure his team of assistants appreciate their spacious desks and comfy chairs more than decorations with visual flair, anyway. 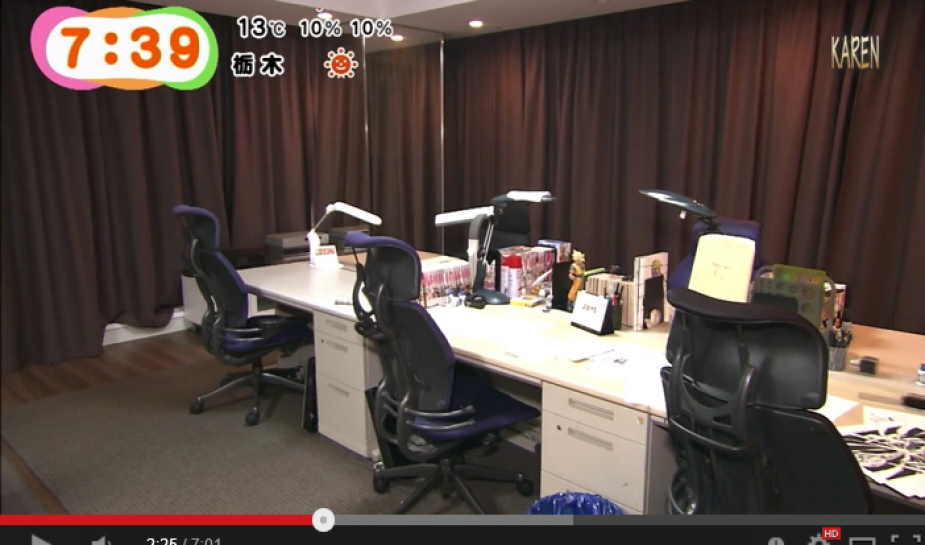 Aside from the neatly arranged art supplies, another tip-off that this is a manga studio is the large stack of Naruto collected volumes on Kishimoto’s desk. They aren’t there so he can smugly look over his past successes, though, but as reference materials.“Sometimes, I don’t remember certain characters or their exact designs so well, ”he admits, shedding light on one of the difficulties of a 700-chapter epic. As a matter of fact, the series became so long that this analogue search method wasn’t always the most efficient, as Kishimoto comments it’s actually faster to just look up the information he needs on the Internet. 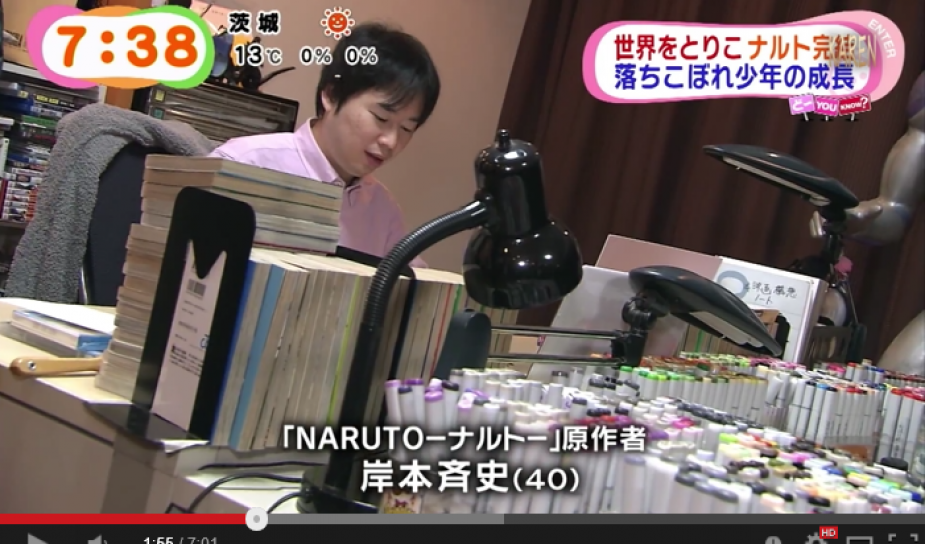 Speaking of character designs, during the interview Kishimoto lets viewers in on a little secret. The manga original had been running for about three years when the Narutoanime started. Wanting to make the manga as accessible as possible for fans who say the anime version first, and also vice-versa, Kishimoto made a conscious effort to shift his drawing style so that his art more closely resembled that of the anime series after its premiere in 2002.

The artist also opens up about his love life. When asked if any of his personal experiences influenced scenes in the upcoming The Final -Naruto the Movie- theatrical feature, Kishimoto recalls the staff talking about the believability of a scene where a girl knits a muffler for the titular ninja. “’Do girls still do that in this day and age?’ someone asked, and I said, ‘Actually, my wife made a scarf for me…’ The room got really quiet after that.”

Finally, Ikoma asks about the decision to give Naruto, a Japanese ninja, blond hair. “The original world view of the manga was ‘Japan as seen by other countries,’” Kishimoto explains. Not being bound by reality, he “wanted to do something unusual, that would stand out and make people take notice.”

With 200 million copies of Naruto sold around the world so far, Kishimoto really has succeeded.