The complete guide to sushi in one picture 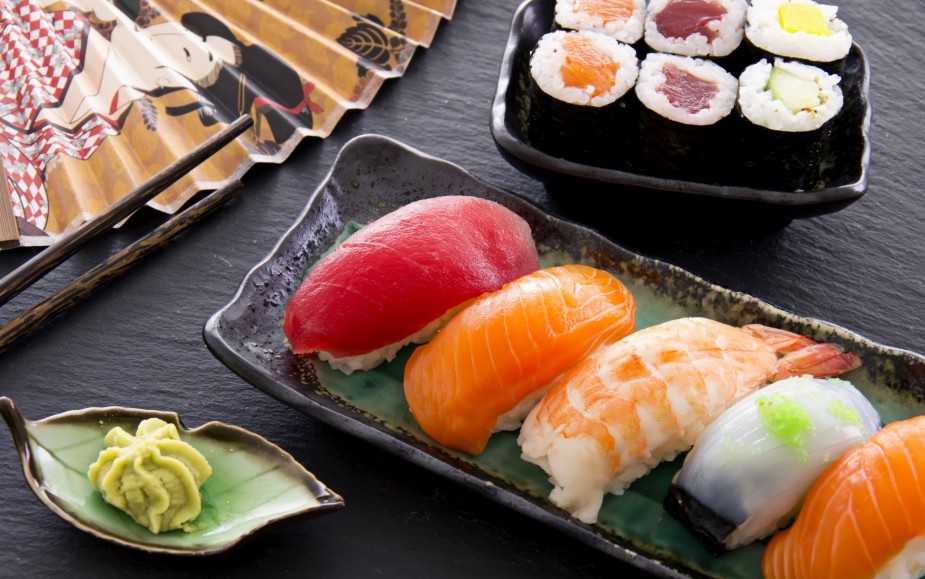 Japanese food is becoming more and more common outside of Japan. In fact, many people enjoy it because of the use of fresh fish and lots of vegetables. Those who get the craving have also discovered that it's pretty easy to find a Japanese restaurant in their town, but there are still some people who find the idea of raw fish and sushi intimidating. There is so much information out there for the sushi novice that even figuring out where to begin can be daunting.

Although this infographic (below) focuses on some 'Americanized' sushi, there is still plenty of good information on the chart from styles of sushi to sushi etiquette; even the most experienced sushi diner may learn something here.

The first section tells you all about very popular roll-style sushi in America and some in Europe. Most restaurants will tell you what is in their roll, but now you can follow along when your co-workers are talking about the fantastic dragon roll they had for dinner last night.

The next set of information deals with the numerous ways fish and rice are usually combined. In the US and Europe, maki-style rolls seem to be the most popular, as you will even find grocery stores making their own maki sushi. In Japan, nigiri and gunkan are generally the most popular, though a Japanese version of the California roll has gained popularity.

Following the different kinds of sushi, you need to know about the ingredients commonly used. Although sushi certainly uses the eight ingredients found in the picture, a true sushi connoisseur should also add sake (salmon), maguro (tuna) and ika (squid) to their vocabulary. Another fun tidbit is that while unagi is a freshwater eel, there is also a saltwater eel that is popular called anago.

Next are some helpful hints when eating at a Japanese restaurant. The sushi do's and don'ts they point out are definitely handy.

Finally, there are the five facts about sushi that may be surprising to learn. Time to hit the closest sushi bar!